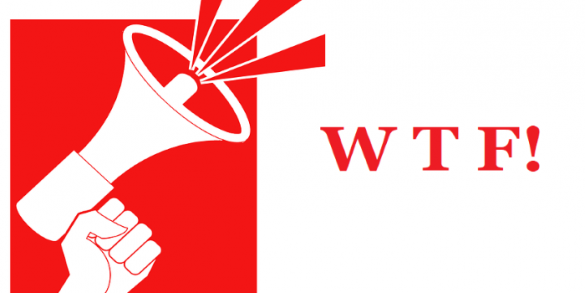 Have you ever considered using profanity in your blog posts? Maybe you woke up feeling edgy one day, but ultimately scrapped that idea?

Well, you’re not alone; many people have considered taking this route for various logical (and illogical) reasons.

I don’t blame those who have been heavily burdened by this. In an age where so many articles are published on a daily basis, you might be desperate to stand out in any way possible.

As time passes, people try to find new ways to rise above and be unique in any way possible.

Whatever the case may be, should you swear on your blog as a way of branding yourself? Consider the following tips before you adapt those colorful, subjective words into your content.

Just for the record: Swearing in your articles isn’t necessarily a bad thing. With so many niches and audiences out there, your choice of words may be quite welcome (and even encouraged) among your readers.

A blog dedicated to jokes or dark humor may provide the greatest freedom, since laughter isn’t exactly known to have limitations. This traffic is likely composed of highly open-minded people who welcome anything and everything to make their day.

Likewise, any down-to-earth source that clearly doesn’t take itself seriously might be immune to judgment. If this is you, then it might even be beneficial to swear on your blog.

Interestingly enough, even a business may get away with swearing depending on the nature of the service and its target audience…

Many smart business ideas have emerged in recent years, including services that send a literal bag of d*icks to anyone you choose (yes, really).

These unique services thrive in embracing that edgy persona and attracting a certain type of people. This goes to show that swearing isn’t necessarily limited to casual blogging. 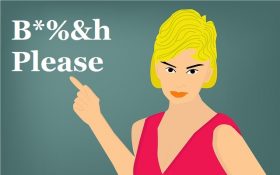 It goes without saying that your conservative business blog should absolutely refrain from using any form of colorful word. Your instincts should naturally tell you this…

So, instead of naming specific niches and industries, let’s focus on more personal situations and scenarios:

Does swearing feel forced and tacked on? If it doesn’t feel natural for you, chances are your readers won’t embrace it either.

Consider your usual personality: Were you always conservative and suddenly started cursing like a sailor, virtually overnight? This might put off a lot of readers due to the abrupt and tacky change.

If you’re looking to modify your image and rebrand, by all means start implementing the occasional bad word here and there. However, ensure this happens sparingly and gradually over time as opposed to surprising everyone with a sudden change of personality.

So, Should You Swear on Your Blog?

Before concluding, here are two common arguments that support and reject this approach:

Those in favor: A liberal approach might encourage you to be yourself and embrace who you are. For many people, holding back is essentially a form of censorship; in fact, it is said that those who swear are more honest than those who don’t.

Those against: Some say that there’s nothing to lose by keeping things clean. In contrast, swearing will surely bother some people – so why take that risk?

This is an ongoing topic that I’m still digging into on my end, but I wanted to bring it up here due its overall, interesting nature.

Is it ever okay to swear on your blog and/or general website content? In my opinion, it all depends.

Know your audience, pick your battles, and go with common sense. After all, you probably wouldn’t swear inside of a church full of people, correct?