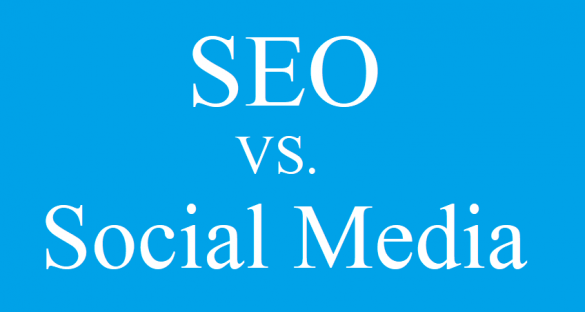 So, is SEO still relevant? This article aims to clear that up…

Search Engine Optimization, or SEO, began as a way for people to discover websites via search engines (as these were among the very few ways to be found online). Optimization was essential for a long time, and this is how countless websites have become massively popular.search engine

The only other ways for websites to be found included:

While the above options delivered good results, traffic from search engines was far better and much more reliable for webmasters. This was partly due to a lack of competition, so it was much easier to rank for just about any keyword. Not to mention that search engines were easier to manipulate 15+ years ago.

Then things started to change as the internet quickly evolved. More online forums surfaced, paid advertising became more prevalent, and many more people got online over the years (thus improving word of mouth in the process).

Were search engines still massively necessary in the 2000s? Yes, absolutely. After all, it’s much better to rank for “buy shoes online”, sit back and watch thousands of online shoppers magically show up on your website. This definitely defeated word of mouth and having to heavily rely on paid advertising.

The Rise of Social Media

We’re all familiar with social media, so I won’t go over every little detail here. What I will mention, though, is how vastly superior to SEO it can be (if used properly).

Did you know that Mercedes Benz organized an Instagram contest in which influencers got to ride one of their cars, and the person with the most Likes got to keep the vehicle for free? This contest alone generated over 87 million impressions on the Mercedes Benz Instagram profile.

This is just to give you an idea of the power of social media; the traffic can come to you almost on command — as long as you leverage it to the fullest. You can then bring much of this traffic back to your blog, which could translate to loyal readers and customers.

Why Rely On Social Media

Countless networks to choose from: YouTube is great for just about any niche out there (yes, even the boring ones). Do you have a DIY blog? Or maybe a beauty, health & wellness website? YouTube surely has you covered.

Other social networks are just as important depending on your blog’s niche. LinkedIn is great for a more “serious” blogger who focuses on career advancement, for example.

Likewise, TikTok is a great platform to reach younger people for your lifestyle or entertainment blog.

Paid advertising on social networks: Setting up a paid advertising account used to feel overwhelming prior to social media. It was relatively technical and primarily geared toward agencies.

Thankfully, social media advertising is primarily tailored toward the average Joe; someone who isn’t necessarily tech savvy but still wishes to promote his network to millions of people.

Better networking: Simply put, people are only one instant message away. You can otherwise reach new audiences merely by engaging consistently until you eventually form a bond. I’ll go into more details in the next section below…

How to Make Social Media Better than SEO

Take it seriously: Most people have a basic social media account along with their blog, such as a complementary Twitter profile. Sadly, many of us simply share our latest article with a few hashtags and leave it at that.

If you take social media much more seriously, this can become far more powerful than SEO because you have greater control over subsequent results.

This would result in people actively looking forward to your content, whereas SEO traffic can die off overnight. When it comes to SEO traffic, you are merely one algorithm change away from losing it all.

Don’t be afraid to reach like-minded people: Do you get an overwhelming feeling when it comes to reaching out? Do you fear they’ll insult / ignore you if you ever ask for a favor or wish to collaborate?

Taking social media seriously means having to step out of your comfort zone, which includes bonding with rising stars in your field.

Let’s say you have a YouTube channel with a measly 100 subscribers. While you wouldn’t necessarily reach out to someone with over 10,000 followers, you should certainly befriend many YouTubers with fewer than 1000 people.

Befriend many of these people first, and then work together on cross-promoting one another. A single small YouTuber won’t bring much results to your channel, but several of them can certainly help. It’s all a numbers game, at least initially.

Keep friending people as you grow (not just on social media, but other bloggers in general). Don’t be afraid of rejection, and always remain consistent.

Don’t be afraid to invest money: The average blogger is afraid to invest in social media advertising, especially when their blog is not generating any income. But why do we invest in trivial things much more easily without a second thought? (the occasional KitKat bar, Chinese takeout, and so on).

We invest in trivial things because we are certain they’ll deliver a positive feeling. Paid advertising, however, is anything but certain. It’s a gamble that requires ongoing experimentation and hard work (initially).

I suggest you remove the fear of uncertainty and invest as little as $10 per month on your social network of choice. Even if it brings you very little results, this flexible amount can teach you to tweak your campaign and gain valuable experience.

So, What’s the Conclusion Here?

Search engine optimization will always have a place on the internet. That being said, it is no longer necessary as long as you have other means to bring traffic and engagement to your blog.

Is it relevant? Yes, it is. Is it a necessity? No, it’s only a complementary effort at this point.

I still suggest you always implement SEO best practices simply because there’s nothing to lose. Why leave potential traffic behind, after all? But if your articles are not ranking organically, it’s pretty safe to say this won’t be the end of your blogging career.