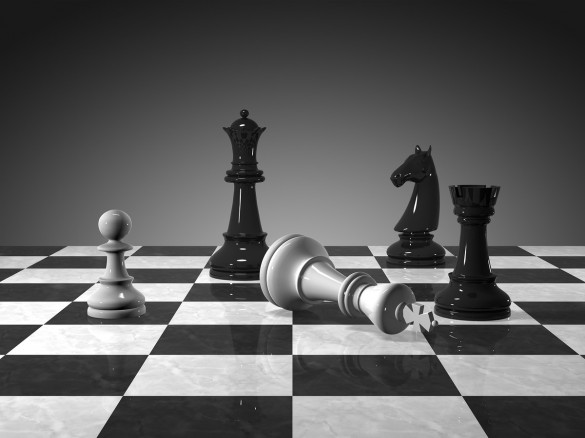 People have an innate desire to play games, whether it’s a hardcore gamer playing Xbox through the night, a family gathering around a board game on a Sunday afternoon, or a stag party off for a weekend of hedonism in Las Vegas. Given the choice, and whether we realise it or not, we would probably choose playing games over most other activities. Gamification is a concept that has many applications in the business world, but particularly across digital media. It’s about applying game mechanics to non-gaming situations. Game mechanics. Big word. You’re probably telling yourself: “I’m no big shot game developer.” Well, you don’t have to be. You simply need to understand how the process works, and its impact on users.

Let’s explain this in context: Your blog. Regular readers are great but you need more than that. You want people to comment or ask questions. You want them to reference your posts or share them with others. You want them engaged. In essence, you want to evoke the same feelings in your readers as what they might feel when hooked on a great game.

On the surface, gamification simply seeks to make things more fun. But what we perceive as being fun might not actually be that simple.

Let’s break down what gamification actually is and does:

The perfect example of how this works is Farmville by Zynga. What drives 8,000 people to plant virtual crops every second? When people sign up to Farmville, they’re given an amount of virtual currency. Each harvest increases the money pot, but expenses (e.g. purchasing flowers or vegetable seeds) are deducted from it. The game itself isn’t all that ‘fun’, but it applies these game mechanics to perfection. This infographic tells the story.

Farmville also employs a technique called ‘gifting’, whereby users who convince others to sign up can receive gifts from their new Farmville friends. These gifts, or virtual farm items, would otherwise cost a player virtual currency, or in some situations, actual currency, but are both free to send and receive should a player successfully convince a friend to sign up.

Before we go any further, it’s worth noting that gamification is not out of reach of any blog or site owner. There are several tools that can help, some with great free packages.

– Rafflecopter are a well-established and renowned giveaway company

– PunchTab offer your users great incentives for interacting with your blog, your social pages and you site in general. Even the free package is well worth some consideration, and the priced/customised plans give great bang for your buck. It can also be easily installed by WordPress plugin.

– Other reputable sites to check out would be Promosimple.com and CaptainUp.com

So how do you “game up” a standard website?

Implement a loyalty system which rewards repeat visits, interactions on the site and encouraging others to join. Users accumulate points or badges which can then be redeemed for gift certificates or other prizes. It was Foursquare that popularised this, awarding badges to users upon their first check-in or after completing a specific series of tasks. A reward system can be set up for blog interaction too; users can get badges for sharing ten articles for instance, or commenting seven times. 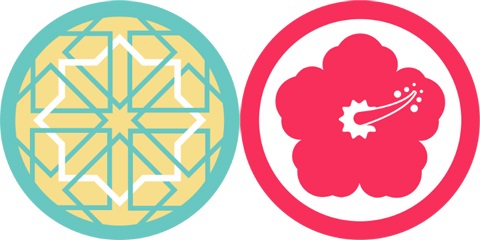 People always like to keep score, and often, the very fact that they can see their position relative to their peers is enough to encourage them to play on. It is, however, important not to discourage anyone. Users should see themselves placed in the middle of a leaderboard, regardless of where they rank. Another way to avoid discouragement is to split leaderboards into categories. For example, you could have leaderboards based on geo-location or for a certain time period like a week or a month. Allowing users to create their own leaderboards and invite their friends would also add a valuable social aspect.

Don’t you just have an insatiable urge to fill that circle right up to the top? 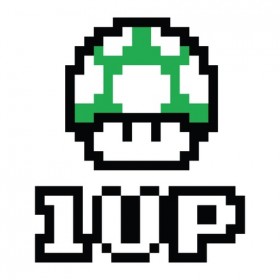 This concept has been applied for years across many industries. It’s the same system that ‘rewards’ people with a platinum credit card after ‘doing well’ with their gold one.

Moz.com is global-leader in producing of SEO and web analytics applications. They also host an extremely popular blog where a lot of the forefront SEO experts discuss digital issues. Anyone can sign up and contribute, however, the expertise of users is ranked based on interactions on the site, as well as the quality of their contributions, as determined by Moz themselves and other users. 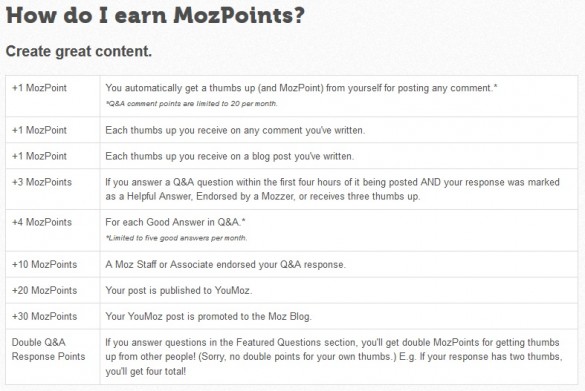 And Moz allow your points to accumulate…

Until you earn enough to raise your rank… 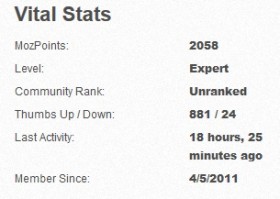 And specifically for your blog…

The more informative, funny, cute or thought-provoking a post is, the more likely it will be to attract Likes, Tweets and +1s. This exploits the fundamental human desire to be recognised, and encourages higher quality interaction. Itself, the act of ‘liking’ or ‘tweeting’ is also very self-gratifying; knowing that your opinion really does count.

From the Daily Mail

Each offer something different; it’s up to you to know your site and your user base to determine which methods will suit you best.

On the surface, gamification appears to be a failsafe tactic, but it does have to implemented correctly.  Some important things to note are:

When properly designed, gamification has proven to be very successful in engaging people’s interests. It is an effective tactic for motivating people to develop skills, solve problems or change existing behaviour.

Creating such an environment on your blog encourages readers to linger and participate. In doing so, you not only foster loyalty but achieve increased ROI for your company.

About the Author: Richard Eaves is a Digital Marketing Specialist for Smart Traffic, an SEO company helping businesses across different sectors drive web traffic and increase sales and enquiries. He oversees more than 300 campaigns for the company.

My name is Richard Eaves and I’m a digital marketing specialist working for Smart Traffic; a UK-based SEO company who have offices all over the world. I’m originally from Lancashire in the UK but am currently based in Cebu City, Philippines. I developed a passion for SEO and all things digital marketing while working as a webmaster back home. I particularly specialise in technical onsite SEO and content writing and development.