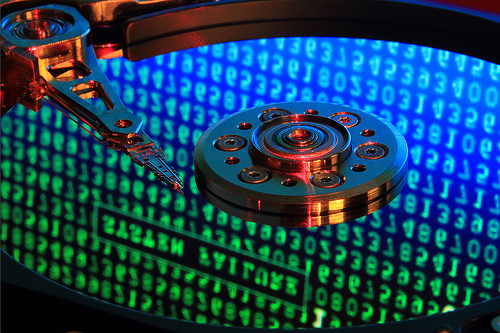 On the 31st of March every year, the world observes Backup Day. And yet, we can see that not enough people know about it. Have you heard of the catastrophic loss of data faced by different organizations? There are many hidden in the archives of technology news. Ma.gnolia, Couchsurfing, KDE, Pixar, StackOverflow, the list goes on. Some have folded after the loss, others have resurrected themselves, painstakingly writing every line of code all over again. I’ll recap one instance of each to show how important it is to not just get backup, but the right kind of backup, and the right process for backup.

When corruption is rife

The first instance we are going to consider is Ma.gnolia’s data loss. Ma.gnolia, now just Gnolia, was a social bookmarking website similar to Delicious. But, in January 2009, they faced a huge data loss and lost most of their users’ bookmarks and were forced to shut down, restarting months later, only to flicker faintly and close operations once and for all!

Ma.gnolia had stored their files on the MySQL database. Of course, the hundreds of gigabytes of data stored on the database was completely backed up. When the technicians found that the data had been corrupted, they quickly turned to their backup. Imagine their shock when they discovered that the backup had copied all the corrupt files. After this loss, they could never be the same site again.

If Ma.gnolia had been a little more careful, they could have gotten away. If only they had tested their backups, or maintained older backups, or even monitored the files diligently, they could have survived. It is quite likely that their backups had not been tested for a while and hence the copying of corrupted files was not discovered. Also, it is likely that the corrupted data was not identified until it was too late. The faster you diagnose the corruption, the easier it is get back on track – and it costs less too. But, since the folks at Ma.gnolia were a little less careful, the database was dead; and soon Ma.gnolia bid farewell too.

When the table dropped

Something similar happened to CouchSurfing, a hospitality exchange networking site. Someone managing the MySQL database, notoriously gave the drop table command to one of the most important tables, and *poof* the company was reeling under pressure to get back everything to normal. But when the backups were brought out, they discovered that only a part of the file system was backed up and all the tables from the original database were not included. This forced the closure of CouchSurfing, but such was the demand and popularity of the site that the programmers restarted from scratch and built the site we now see.

You may find this repetitive, but let me reiterate again. Backup data, check backup, rinse, repeat, over and over again. Having a backup is NOT the same as copying the file on to another device/server. It is quite a complicated process to back up an SQL server and complex pieces of software definitely need a robust backup service.

Disasters come in many guises

Mind you, such database crashes are not the only reasons why you should get your data some backup. There are many other routes through which your data can vanish into thin air. A harmless short circuit can burn your data storage devices and unless you have an offsite third-party backup elsewhere, it going be an uphill task to retrieve data. Let us not forget, the Gods may want some fun too! If they just unleash a bit of their wrath in the form of quakes or floods, data stored physically is just gone.

In addition, there are always the friendly neighborhood data thieves, malicious viruses and hardware failures to beware of. So, ahead of World Backup Day, be sure to check your backups, and if you don’t have backups, you know what to look for: offsite, multiple sites, repetitive backups, daily monitoring, and plenty of redundancies. Buckle up, safeguard your data, sleep peacefully!