With the announcement that Google is shuttering Google Reader, its popular RSS reading service, there have been a lot of questions about what is next for RSS, the ubiquitous technology that enables easy syndication of online content.

The questions are certainly valid. Google Reader was by far the most popular RSS reader on the planet. It had been dominating the market for years and, for many users, Google Reader was practically synonymous with the term RSS as it was their only direct use of the technology.

But with the key player gone, what’s next for RSS? Will social media, such as Twitter and Facebook, become replacements? Will people switch to alternative feed readers? Or will something else altogether different happen?

I’ve been thinking about this a great deal lately and, though a lot of people are understandably pessimistic about RSS’ role as a user-facing technology, I’m starting to become more optimistic. Though the removal of Google Reader is definitely painful in the short term, in the long haul it could lead to some great new tools, things that would not have been possible with a stagnant Google product dominating the market.

So what’s next for RSS? Here are my (brief) thoughts on the matter.

The first phase has pretty much already started and began within minutes of the Google Reader announcement.

In short, at first the users of Google Reader are going to panic and seek out similar services to fill the immediate void that Reader is leaving behind. Services such as Feedly have seen huge upticks in subscribers following the news of Google Reader’s demise.

Likewise, other companies will see the void left by Google Reader as an alternative and will develop their own replacements, such as Digg’s announcement that they are doing so.

These initial efforts are going to be more focused on meeting the needs that Google Reader was serving and ensuring that there’s no major service interruption for those that counted on Reader in their day-to-day work.

However, what is going to be more interesting is what is left after that shakeout has happens.

When the dust from the Google Reader apocalypse settles, most likely there will be winners and losers, but there won’t be any runaway victors. Instead, the market is likely going to be decentralized and marketshare more spread out.

This improves competition between RSS readers and it sets up an atmosphere that’s ripe for innovation. Though the companies have been struggling to innovate and compete for some time, it’s been more about doing something better than Google Reader rather than serving a niche or trying something truly original.

With Google Reader out of the picture, the smaller, more nimble feed readers can focus on carving out markets for themselves or trying out innovations that, while useless in trying to compete with Google Reader, may help separate them from the sea of other Google Reader clones.

In short, in a bid to separate themselves from a sea of other Google Reader replacements, it’s likely there will be a renewed push to innovate and grow.

This growth may be backed by an influx of investment into the field. If the smaller feed reading services are able to prove their business viability, the disappearance of the gorilla in the room could give investors enough confidence in the market to put money into it. Simply put, it may be possible there’s a real opportunity for a company or service to gain marketshare and build a business, something that didn’t exist with a loss-leader dominating the field.

At some point, these services are going to saturate the existing market for RSS subscription services and the innovations are going to focus less on competing for that market and more to trying to attract those who would not have considered RSS readers previously.

In a way, we’re already seeing some evidence of this. For example, Digg is already talking about integrating its RSS reader with social networks and even Reddit as a means of expanding its reach. It likely won’t be the only such innovation.

The idea is to grow RSS reading from a niche (but dedicated) audience to a more mainstream one. This has the potential to greatly expand the presence and use of RSS feeds and make them even more important than ever.

It may take years to reach this point, but if it happens, it could lead to a renaissance for RSS and finally bring present it as a mainstream offering.

Is this the only way that the future of RSS could hash out? Of course not. It’s also possible that the exit of Google Reader could leave a crater so large that the market never fully heals and that the competitors that are currently snapping up users may find themselves fighting over a dwindling audience.

But what is clear is that the move to close Google Reader also creates an opportunity for the field. It’s a chance for smaller players to step up, innovate and make RSS something new. I’m hoping that is what happens.

But even if I am wrong and that never comes to fruition, the truth is that RSS as a technology isn’t going anywhere. RSS is plumbing, it’s a means for getting data from one place to another and is used widely by social networks, social news sites and elsewhere on the Web.

Even if the RSS reader market never recovers, RSS isn’t dying any time soon, it’s role will just become a more backstage one, one that is almost completely invisible to the people using it.

That’s not necessarily a bad thing. RSS was always meant to be a background technology, a platform for building new products and services, not something meant to be fed directly to end users.

In short, even as Google Reader stagnated, RSS was achieving its original vision elsewhere and that is not going to change. In fact, the shuttering of Google Reader may simply expedite that process and make those applications even more compelling. 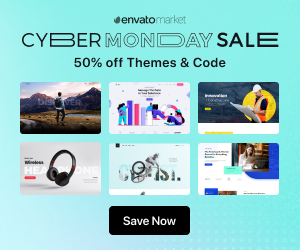 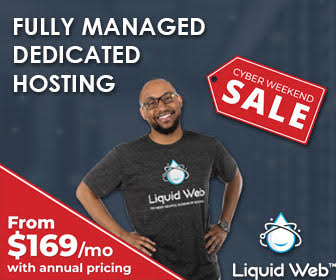