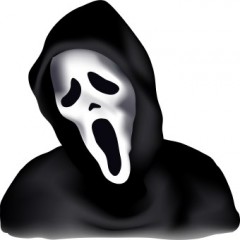 It’s Halloween in the United States (and much of the rest of the world). As such, people are gathering together for parties, going trick or treating and telling scary stories.

In that spirit, last week on Performancing I discussed legal nightmares that can happen to you and your blog. Specifically, there were three scenarios that, while sounding like nothing more than legal theory, actually happened to one or more bloggers.

In that spirit, here are five more practical horror stories to keep you awake when it comes to your blog. Best part of all is that I don’t have to give specific examples because each and every one of these have happened not once or twice, but hundreds, if not thousands, of times.

So if you’re wondering about the gruesome ways your blog can be mangled, kidnapped or killed, here are just five of the more common (and more sudden) ways to consider.

If there’s one thing that Halloween reminds us of, it’s our own mortality. Today we are living, breathing and thinking creatures but that could completely change in an instant. But ghost stories tell us that, in some cases, we can live on, at least briefly, as ghosts of our former selves, mere shadows that terrify the living.

Such is true with blogs as well. Blogs, as with all websites, are surprisingly fragile creatures. Database crashes, hard drive failures, natural disasters, human error, etc. can all destroy a website in seconds and leave only a trace of it, the caches, behind to wonder the Internet like a ghost.

Though various backup and cloud technologies have made websites more durable, in an Internet where cheap shared hosting is still the norm and most webmasters forget to backup their sites, it’s not uncommon for sites to simply disappear from the Web, never to be heard from again.

That is, save the whispers of the dead.

The idea of the invisible person has been a part of science fiction for at least 1897, when H.G. Well wrote the famous novel “The Invisible Man”. Invisible man stories always raise interesting questions about what it means to be a person and what life would be like if no one could see nor hear you.

However, that’s nearly the exact plight of many blogs on the Internet.

The problem is very simple. By far the most common way to discover a new website is through the search engines and the largest search engine, by a long shot, is Google.

However, Google is a notoriously fickle mistress. Known for dropping or deeply demoting sites in its many updates, shake ups and algorithm changes.

But it doesn’t take a Google shakeup to make your site invisible, human error can result in your site blocking the search engines, essentially making it invisible to them.

While many of these problems can be fixed easily and a site can recover, it can be frightening to realize that no one can find your site, anywhere. That, in turn, raises an interesting philosophical question: If a site exists but can’t be found, does it really exist at all?

These days, thanks in large part to George Romero and Night of the Living Dead, we equate the word “zombie” with the undead. However, for most of history a zombie was a living person turned into a mindless drone, an unthinking, unfeeling slave to their zombie master. Movies such as “White Zombie” take this approach.

The same thing can happen to your website. Blogs, basically are applications that display content, usually pulled from a database, in a certain way. But like any software, blogs are vulnerable to attack from the outside.

Spammers, virus authors, pranksters and others are constantly searching for blogs that they can take over and use for their ends, whether it’s posting spammy links, spreading malware or just deface them.

The consequences for this can be dire. Google tends to quarantine hacked sites by either removing them or reducing them in the results. For visitors, things can be even worse as they run the risk of becoming infected themselves or being subjected to unexpected and inappropriate content.

Though most sites can recover if they have a good backup, the best defense is a good offense and that means good security procedures and constant vigilance against possible attacks.

Horror movies, like all scary stories, are filled with tales of disfigured people, often caused by tragic accidents, who despite their outward appearance, have a heart of gold but are still shunned by society. “Phantom of the Opera” being, most likely, the best known example.

But while it’s tempting to say that, for a blog, content is king, that is akin to saying “it’s what’s on the inside that counts”. It’s a theoretically true, but still somewhat naive statement.

Appearance is important that is doubly true for a website, which is a visual medium. But website themes are evolving and are no longer static themes filled with dynamic content. Increasingly, they are more like plugins, using the database to determine your site’s appearance.

This opens the door to a new slew of opportunities and problems. Database corruption, crashes, error and problems can leave your site disfigured, mangled. But even if you don’t use an advanced theme, any third-pary elements you include can suddenly break or change, causing your theme to fall apart.

It’s entirely possible that you could wake up one morning and find that your site is not how you left it. Shocking both you and your visitors into wondering what happened.

In horror movies, death is rarely final. Villains and heroes alike often find ways to come back from beyond the grave, whether it is for a sequel, a final showdown or just to scare the audience one more time.

However, in real life, death is much more final and blogs, like their owners, die every day. Most are abandoned by their owners, left to freeze to death in the cold, uncaring blackness that can be the Internet.

Other sites are shut down more directly, with accounts being closed and sites deliberately shuttered. Though this may seem the more humane way to end a site, it’s often much worse, leaving a deluge of broken links across the Web and harming other sites that were referencing it.

These sites, and the errors they create, are missed deeply by those who try to visit it. However, some times, even online, they can be resurrected though here it doesn’t take a voodoo curse, instead, it just takes a webmaster, either the same one or a different one, who wants to give the idea another try.

The bad news is that all of these nightmares are fairly common. The good news is that they are all, more or less, relatively avoidable. With good backups, solid security and dedication to your blog, you can either avoid or easily recover from most of these scenarios.

So if you want to sleep better at night and not have nightmares about what could happen to your site, the best thing you can do is be smart about how you run it. If you take reasonable precautions to protect your site, you’ll likely avoid any major disasters.

That being said, it’s still worth being aware that all of the work you’re doing amounts to zeroes and ones on computers across the world. Your work can turn out to be nothing but dust in the digital wind.

In short, what you spend years to create could be taken from you in a second. That’s just the nature of the digital world.