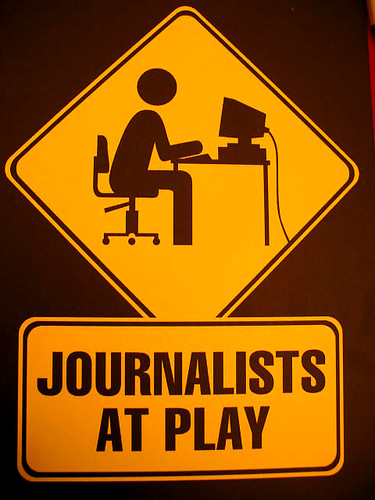 Technology has become both friend and foe to journalists. In many ways, it has made life easier for them: it has allowed them to work almost up to a deadline and then electronically send pictures and articles straight to their editors from any place in the world. It has also made it much easier to connect and communicate with sources and to research material for an article.

On the other hand, technology has also been the reason why so many magazines and newspapers have been dying a slow death in recent years. Nowadays, the public can get their news almost as it happens via Internet websites or social media sites. In addition, the advertising dollars that once made print media profitable have dried up and migrated to other outlets. Even the classified advertising dollars that once brought in appreciated revenue have dried up now that sites such as Craigslist offer the same type of service for free.

To survive, journalists and the media outlets they work for have realized that they can’t ignore or fear technology. Instead, they must learn to utilize technology whenever possible to their own advantage.

More and more journalists are creating Twitter accounts so that they can stay connected with their readers. Tweeting is an especially important way for sports writers, celebrity gossip outlets, and weather reporters to break stories as they happen to their readers, which will, in turn, help them develop a loyal following. Why is this important? With so many newspapers and magazines laying off reporters these day, having a loyal following can mean the difference between having a job and being unemployed.

Twitter is also one of the very best ways for reporters to stay on top of breaking news themselves or to discover what is trending or what is generating buzz that may be worthy of an article.

Blogging is another way that a journalist can form a more intimate relationship with his or her readers. These typically short little pieces are usually written in a lot less formal style than the pieces a reporter will have published in the newspaper and will often convey more of the writer’s personality.

Seeing and hearing the subject matter of a story makes it much more real to a reader. Today, many journalists and their employers will add links in a story to additional pictures and videos that are available to view on the media outlet’s website. If a journalist is lucky, his video or picture may even go viral and bring in much appreciated traffic to the media outlet’s website.

Some journalists will add short status updates to their stories with links to the actual articles on their newspaper’s or magazine’s Facebook page. This is yet another way to generate traffic to a media outlet’s website.

If journalists and the media outlets they work for want to stay relevant, they must learn to adapt to this new world of instant news. News outlets or reporters who refuse to do so will not last long enough in today’s world to regret their decision not to adapt.

Theresa Luker is a freelance writer who blogs about exciting career options. If you are interested in being a journalist, Theresa recommends getting an online masters communication degree.