If you’re a movie buff, you’ve probably sat down and watched at least a few bad movies.

But as tempting as it is to try and forget the bad movies, they often times offer important lessons that we can carry into other areas, including blogging. Thus, it’s important to take a moment and study them, look at why they were bad and what, if anything, could have been done to fix them.

Why is it that one multi-million dollar film created by industry veterans can be torture to sit through but a low-budget feature from an unknown can inspire, terrify or incite laughter? Why is it that movies we think should be bad, including b movies and silly comedies, can be so entertaining while movies that aim for something higher can often be so difficult to sit through?

While much of what movies you do and do not enjoy will come down to personal taste, there are some lessons that are more or less universal and they can be easily applied to blogging. With that in mind, here are just five of those lessons and what they mean for you.

1. Money Only Goes So Far 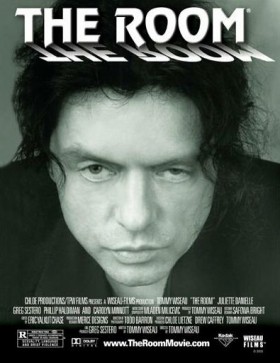 The Room is an independent film produced by Tommy Wiseau. With unknown actors, few effects and few locations, the film had a startling $6 million budget, an incredibly high amount for this type of film.

However, what was put on film is widely regarded as one of the worst films of the 2000s and was so bad that the film was re-billed as a dark comedy after it failed miserably as a drama.

The problem is that, though the film had all of the money it could want, Wiseau lacked the talent, creativity and originality to produce a great film. The entire movie was wrecked by bad acting, poor writing and sloppy storytelling.

Though the movie has become a commercial success thanks to a cult following reveling in how bad it is, that doesn’t change what a stinker this film is held to be.

Lessons for Bloggers: Money can buy you great hosting, an awesome theme and even hire a few talented writers. But it’s no substitute for passion, determination and, most importantly, a powerful idea. Creating an executing a simple, but compelling idea doesn’t cost much, in film or in blogging, and it makes for much better work.

2. Know Your Limitations and Work Within Them 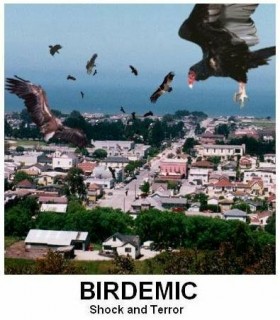 Birdemic: Shock and Terror is a low budget horror film by James Nguyen that tells the tale of a pair of survivors after a disaster causes all of the birds to go mad and start attacking people.

The movie not only holds a place on the IMDB bottom 100, but is widely regarded as one of the worst movies of all times due to bad acting, poor production quality and, most notably, horrible special effects.

But for all of the problems the movie had, one of the biggest was that Nguyen simply took on more than he could handle. His talent, budget and skills would not support an apocalypse-themed movie. A different, simpler approach to the film could have yielded at last somewhat better results (certainly one with fewer jokes about the special effects).

There might have been no way Birdemic could have been a truly great film, but it certainly didn’t need to be held in this much dishonor.

Lessons for Bloggers: It’s important to constantly push and expand your horizons and challenge yourself in new ways. However, you still shouldn’t center a project around something you know nothing about. Take a look at what you know and what your strengths are and start there. 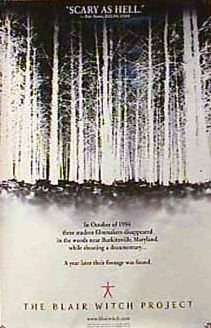 The Blair Witch Project is one of the most divisive movies I can think of with people typically either loving or hating it. Though it’s certainly not a bad movie in the sense of the others on this list, it has more than its share of detractors.

However, what’s interesting about it is that it was not the first movie to be filmed in that style with similar themes. Instead, it was the first major commercial success.

The reason largely comes down to marketing and to a carefully-planned buildup for the movie that encouraged people to think it was “real”. Though the reasons the movie was shot in such a way were largely budget-driven (see point 2) the marketing for the movie combined with a creative direction for the film itself turned this limitation into a selling point.

So, while The Blair Witch Project may not have been the first time budget filmmakers took cameras into the woods to film themselves and others being scared, the movie did it better and, more importantly, marketed it better than anyone had prior.

That explains why Blair Witch succeeded where so many others failed.

Lessons for Bloggers: Marketing is crucial to your blog and much of it is how you position yourself. If you’re knowledgeable about something but not an expert, you can turn that to your advantage by being a layperson and connecting with those outside the field. Be creative and aggressive with how you bill yourself, turn weaknesses into advantages that help you find a good niche. 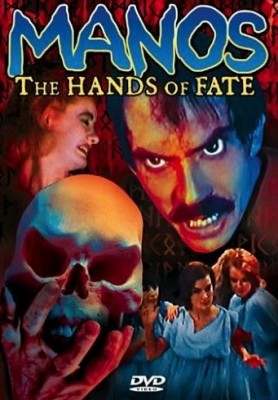 Manos the Hands of Fate, a budget horror film from 1966 centering around an evil cult, is notorious not just as one of the most popular episodes of Mystery Science Theater 3000 (MST3K), but also for being one of the most boring movies ever put to film.

Notorious for it’s seemingly endless driving sequences and long gaps in the movie where little to nothing happens, the movie actually had to be heavily cut for use in MST3K because parts of it were too dull to make fun of.

Though the film suffered many other problems, one of its biggest was simply there wasn’t enough plot to fill a feature film. Even the severely cut-down versions released today seem to drag on. Without the MST3K riffing, the movie is widely considered unwatchable.

Lessons for Bloggers: Keeping your audience’s interest over time involves pacing and pacing, in this context, means two things. First, it means making sure you have enough content and interest to justify a blog and, second, it means giving your readers a good deal of variety. If every post is the same, no matter how great they are, eventually your audience will walk out. 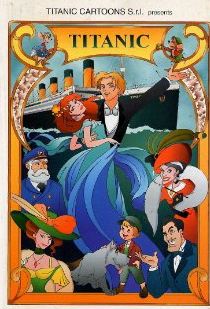 Currently, the lowest-rated movie in the IMDB is Titanic: The Legend Goes On…, an animated movie about a love affair between a wealthy woman and a blue collar man on the ill-fated Titanic.

If it sounds familiar, it’s because of the obvious parallels to the 1997 Titanic movie that was recently re-released. To make matters worse, the other characters in the movie, most of which are animals, seemed to come straight from other movies and stories as well.

The movie has been widely panned as a poorly-made knock off of better products, animated and live action, and currently holds an average of 1.3 stars (out of ten) on the IMDB.

In short, the movie gave no one any reason to see it, let alone look past all of its other flaws.

Lessons for Bloggers: Doing something truly new is a huge risk. It’s a frightening thing that others may or may not accept. However, if you try and copy an existing formula people will have no reason at all to read your site and, unless you can do it better, your flaws will shine all the brighter. People will give true originality a lot of leeway. In short, if you can’t do something unique and you can’t do something far better, why do it at all?

When looking at something that’s considered bad, it’s not enough to say that it stinks and walk away. You need to understand why it’s bad, what went wrong and how you can avoid the same pitfalls.

There’s a lot more to be learned from something that failed than something that succeeded. If you can pause and take a few moments when dealing with something you hate, you’ll likely learn a great deal about the craft and, maybe, your own.

On that front, learning from a bad movie is a great way to turn a negative into a positive and a bad experience into a useful one.