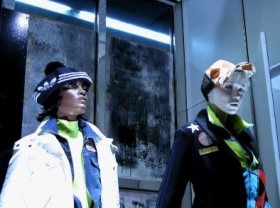 The Internet has made our society the trendiest in the history of the world. New companies, ideas and ways of communicating rise and fall within months, if not weeks or days. Even our cultural linchpins, memes, are best-known for their short-lived nature.

This is a dangerous trend for bloggers and a nearly impossible environment to work in. If you’re trying to establish a blog that will be here in five to ten years, the trendy nature of the Web is a maze of dead ends that you can not afford to get lost in.

Unfortunately though, many bloggers do just that and they pay for it dearly. They hitch their sites to services that go nowhere, put their blogs on hosts that close down and generally run their sites into walls while trying to catch waves.

If you’re trying to build a blog that lasts longer than your average fad, this is not a pitfall you can ignore and one you have work very hard to try and avoid.

In 2009, Digg was on top of the world. One of the largest sites on the Internet, it was the destination every blogger dreamed of having their site on. It was a quick way to drive tens of thousands of visitors to your site almost instantly and achieve notoriety on the Web.

Unfortunately, in the summer of 2010, Digg launched its controversial version 4 and users began to bail on the service. While, for most bloggers, this was only mildly annoying, some had based all or nearly all of their promotion strategy around Digg, investing hundreds of hours networking and growing a presence on the site to generate a steady stream of traffic from it.

Those bloggers, who had done far more than simply add a few Digg buttons, found themselves in a tight spot. Due to circumstances out of their control, their traffic was waning and their clout was shrinking.

Unfortunately, Digg wasn’t the only star to fizzle. Myspace, formerly the largest social network on the planet, has been in steady decline for a number of years, reportedly costing its parent company News Corp $100 million. Meanwhile, Facebook’s star has risen, all but replacing it as the go-to social network.

However, during MySpace’s peak, many bloggers invested heavily in their MySpace presence, making it a second home and using it for promotion and growing their brand. Once again though, those bloggers found themselves with a lot of time and energy wasted. As MySpace waned, their investment made it difficult to bail out, causing some to sink with the ship.

But while MySpace and Digg are still larger social networking and social news sites, they illustrate just how fickle the Web can be. A site that’s on top of the world today might not be tomorrow. Every company is just one slip up away from being yesterday’s news.

Unfortunately for bloggers who chase these fads, when the wave ends, often very suddenly, it can be a major setback. When you lose your promotional engine, your host or another major part of your site, it can feel as if you’re being sent back to square one.

In many ways you are.

The best way to avoid this pitfall is simple: Assume nothing is permanent on the Web.

Take a long hard look at your site right now. Think about who is hosting it, look at every content partner you are involved with including every social media integration and every promotional system you use. Imagine, for a moment, what you would do if they went away tomorrow.

Obviously the odds of everything falling through at once are slim to none, but any company can go down in flames quickly online. Even giants like Google, Apple, Microsoft, etc. might not be relevant in five years. You have to assume that any company can and will eventually fizzle out, as depressing as that thought is.

This, in turn, means several things:

What it all comes down to is that you need to have a “trust no one” mentality about the companies and services you partner with. A healthy dose of skepticism, especially about things that have had a meteoric rise in popularity, will save you a lot of headache and heartache down the road.

In the end, nothing on the Web is forever and very little on the Web is longer than a few years. If you want to make something that’s going to be around in five or ten year’s time, you have a lot of obstacles in your way and you have to be especially careful who you partner with.

Whether you’re teaming up to host your site, promote it or just to do something trendy, tethering yourself in a major way to something online, whether it’s a meme, a company or a service, is a major risk without a good exit plan.

Don’t let yourself be wooed by the siren’s call of easy traffic joining in the “in” crowd. It’s better to be a little late to catch a wave than to be on the front end when it crashes into the pier. Your blog will be stronger in the long run if you take a more distant view of things and remain a realist about the trendy nature of the Web.