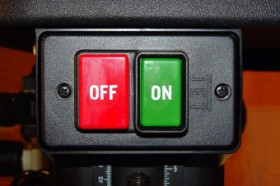 Last week, we talked about the difficulties and the pitfalls around building and maintaining trust with your readers online. We talked about why it is important to build trust, how difficult that is and how easily it can be squandered.

However, trust is only one half of the process for building the best audience possible. Though having readers that trust you is key for success, if those readers aren’t engaged and participating in your site, they aren’t providing much more than blips on your Google Analytics.

For most bloggers, the end goal isn’t just to get their readers to trust them, but to get them involved somehow. Whether it’s to have them to support a cause, provide feedback, spread the word about the site or even become customers, trust is only step one.

So how do you take a reader who trusts your site and your expertise to take things to the next level? There are many ways to do that but here are a few keys to making it happen.

As we discussed in the previous post, it takes a great deal of time, energy and work to build trust with your audience and even more to maintain it. Trust online is both incredibly rare and incredibly valuable. However, it is worthless unless that trust encourages readers to take some kind of action.

Most bloggers don’t blog simply to build an audience. While having lots of traffic is great, most bloggers want comments, feedback, their links to be shared and other behavior that requires their readers to not just trust the content, but want to engage with it.

The problem is that trust, though valuable, is a fairly passive activity. People don’t necessarily engage with content and sites that they trust, even if they visit them regularly. However, usually, for a blogger to meet their goals or to grow their sites, their readers have to somehow get more actively involved, taking initiative and doing things that help grow the site.

The trick, however, is to find ways to turn those who trust your site and enjoy it, but are passive about their interest, and turn them into customers, active community members or whatever your site’s goal is. That, in turn, requires engaging your readers and it is by no means a simple task.

The secret to avoid wasting earned trust is to try and engage your readers actively as you are building your relationship with them. The goal is to work hard to build a good rapport with them and, when you’ve earned their trust give them a way to say thank you. Whether it’s a comment, a tweet or an email, many readers are just looking for a way to reward your effort and will do so.

The problem is that many readers feel that they aren’t given anything to do, that the site is just a wall of text and there isn’t anything they can do beyond read and move on.

To fix this, you have to be constantly trying to engage your readers and it’s a difficult task to say the least. Try too hard and you could actually drive them away, thus completely ruining the trust you earned. Don’t try hard enough or try the wrong ways and your efforts might go unnoticed.

With that in mind, here are a few tips to engage your readers in a productive way that might actually get them to take action:

All in all though, these are just a handful of tips and there are many, many other ways you can engage your readers further.

The main thing, however, is that it is important to experiment with new ideas because a solution that works well on one site with one set of readers may not work well on another. No two sites or communities are the same in this regard.

On that note, if you have found a method that works very well for you, definitely leave a comment with it below. There is always room for more ideas.

Engaging readers is not an easy task and there is no magical formula to make it happen. The one thing that it definitely does require is effort and the willingness to take a few risks.

On that note though, be careful that your efforts to engage readers don’t accidentally ruin the trust that you’ve built with them. That would be like trying to build a house in a way that destroys the foundation.

Be smart about engaging your readers and give them the chance to do what they probably want to do already, support your site. You’ll likely be surprised how many want to do just that.