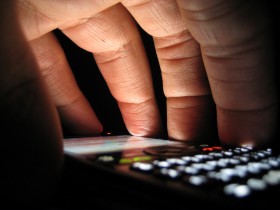 It’s happened to virtually every blogger at least once. As you lie awake at night, preparing to drift off to sleep, you come up with a great idea for a blog post or a change to your site and promise to remember it.

However, when you go to actually flesh out the idea the next morning or other opportunity, it’s gone. Unable to remember what the great idea was, only that you had one, you’re forced to start over and try to come up with something new.

The truth is that ideas are often times fleeting things. Much like the air we breathe, ideas drift from place to place, often coming and going at will. However, also like air, we don’t give them much thought or care until we find ourselves cut off from our supply, suffocating and struggling to breathe.

Previously we talked about how to generate new ideas and never run out, but how do you make sure the ideas you create are available when you’re ready?

After all, having all the ideas in the world is meaningless if they’re all gone when you sit down to get things done. This makes holding onto your inspiration that much more important.

The problem is quite simple, few people actually generate their best ideas while sitting in front of their computer. Whether the best place for inspiration is in the shower, while walking in the woods or while talking with friends, very few of us are fortunate enough to be able to come up with ideas on command and while staring at a computer screen.

However, in the time between when an idea is born and when one can actually work on it, there’s plenty of opportunity for you to lose it. No matter how good it is, our ability to remember ideas is suspect at best. Considering we’re a species that easily gets songs stuck in their heads, it is risky to assume we can hang onto a flash of inspiration for longer than a few minutes.

So getting ideas from point A to point B becomes something of a challenge. After all, you never know which idea will be the one to break open your site and become a social media sensation. So, rather than accepting lost ideas and trusting new ones will replace them, most are better off trying to preserve the ones they do come up with, as bad as they might turn out to be later.

But how you do this consistently is actually a major challenge. Consiering all the places that inspiration can strike, it can be impossible to have a system to capture all of them.

Simply put, the best solution for this problem is the one that you’re actually going to use and use consistently. If pencil and paper solves the problem, so be it, just make sure that you always have your notepad nearby at all times and that you are always prepared.

However, how many of us really have pen and paper handy at all times and places? Instead, one needs to focus on making the solution something they always carry or at least have nearby as much of the time as possible.

For most of us, a mobile device is the natural choice. Few of us are routinely more than 20 feet from our cell phones and they usually are on our person at all times or on a table just a few feet away. Best of all, considering that most cell phones already have a notetaking application, there may not be a need for much more.

However, there are still several applications that may make accessing your ideas easier and more convenient, including the following:

To be clear, you don’t need these, or any other services, to remember your ideas, they are just tools to help and will only work if you use them consistently. If the notes application on your phone or writing on the palm of your hand is more reliable for you, use that.

However, always make sure you’re able to explain your idea concisely and in a way that you’ll understand later (one of the great uses of Evernote). If you can’t decipher your note days later, jotting down your thoughts does no good and, if anything, just causes you to waste more time.

Though ideas may not have any inherent value, since you never know where an idea can take you and your site, it’s worthwhile to treat them like gold, especially when a good one hits.

Working with your inspiration is always easier and more fruitful than trying to force it later while staring at a computer screen. So finding ways to capture the ideas that you come across naturally makes more sense than trying to find ways to claw new ones out of your mind in times of desperation.

Considering that all of the above tools are free, though the latter two offer paid upgrades, it makes sense to give them a try and see if you can retain more of your ideas.

If you do, you might be surprised just how much better your blog becomes and how much more quickly it grows.