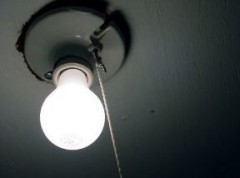 There’s an old maxim that says “Ideas are a dime a dozen.” In sort it means that ideas are worthless without execution, which is what gives them value.

That maxim largely holds true for bloggers, that is, so long as ideas are plentiful.

However, if you blog long enough you’ll likely find that, at some point, you’ll run completely out of ideas and your mind, no matter how hard you force it, isn’t able to create new ones.

It doesn’t matter if you’re writing in a tight niche or about something as broad as things you see in your day-to-day life, at some point inspiration dries up and you’re stuck with a post to write and nothing to write about.

How you respond to this challenge can say a great deal about you, your blog and the potential future of both, especially if it is to last for any length of time.

So how do you deal with this problem? The answer is surprisingly simple.

Running out of ideas is always an unpleasant experience, but it is rarely one that is actually harmful to a blog. There’s a natural ebb and flow to creativity that makes it so that you’ll eventually find yourself beached on a low tide from time to time.

There are two ways that this relatively minor inconvience can be come a true disaster.

The first is more often caused by a lack of interest than a lack of ideas. If one stops being interested in their topic, or at least in writing about it, they don’t keep their eyes open for new possibilities and eventually close themselves off to new ideas completely.

The second, on the other hand, is a genuine struggle to keep new ideas coming in, meaning that the blogger needs to either make adjustments to how they seek out new ideas or when they write about them.

Fortunately, both can actually be cured, but we have to be careful to address both a lack of interest and a lack of ideas as, without both, we end up in the exact same position, if not a worse one.

Beyond that, you need to focus on keeping both your interest up and the new ideas coming in as fast as reasonably possible. With that in mind, here’s several tips to help you get more ideas and improve their quality.

To be clear, none of these are magic bullets that can cure you of idea problems, but they can certainly lessen them.

The main thing to remember is to try and work with the natural ebb and flow of creativity rather than against it. If you can remember the ideas you have (rather than just forgetting them when you can’t act on them) and know where to find new ideas and how to keep your interest high, you’ll likely find that you have plenty of backlogged ideas to weather any storm.

In fact, many find that, when they start actively working on this issue, that they have a large surplus of things to write about, a pitfall for another day.

In the end, the maxim is right. Ideas are cheap. But so is air. The problem with both is that, with either, when cut off from your supply, you begin to suffocate.

If you use your ideas wisely and treat the good ones you come up with the proper care, you’ll likely find that you are never truly out, but at worst, choosing the old one you want to write about. That is not a bad place to be.