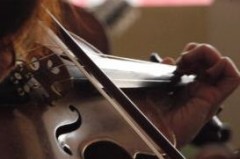 My good friend Patrick O’Keefe recently sat down for an hour-long interview with Rise to the Top that discussed, among other things, how to build and promote a successful site or community.

One of the points he made was that you don’t have to create the next Facebook or the next Google in order to have a successful site, but instead do something well within your personal niche that enables you to grow.

Because, while the drive to be number one certainly isn’t a bad thing by itself, it often causes bloggers to make two very critical mistakes. The first is to compare their site’s value to others and the second is to blindly imitate those who they see as more successful.

Either mistake can easily kill off an otherwise great blog by creating unneeded discouragement, but, more importantly, the mindset that you have to be number one in every respect can lead you to ruin what makes your blog unique and great.

Most people, when setting up a blog or a site, look up other sites in the niche to find out what others are doing, who the “big fish” are and what the lay of the land is in their area.

Usually though, when a blogger first starts up, they don’t want to become the biggest site in the niche, or at least don’t set it as an early goal. Most instead focus on entering the niche and growing a site within it.

While that’s a good mentality, for some it gets lost over time. As they grow and develop, they begin to become more competitive about their site and begin to aim for replacing the top sites.

This needless competition has several problems. First, it prohibits working with the site or sites you’re competing against, preventing you from growing your site by also growing your niche. Second, and most importantly, it causes you to build your site and focus your site on competing with others, not on improving itself.

The inevitable effect of this is that it makes your site much less valuable, even if you do manage to “win”. If you don’t come out on top, it can be extremely discouraging and is a cause for many bloggers to walk away, even when they have otherwise successful and well-respected sites.

Fortunately though, it is a pitfall that can be easily avoided, if one is willing to change their mindset about how their blog is supposed to work.

To be clear, the quest to be number one is not a bad thing by itself, but it can easily become an obsession. Rather than focusing on being the best overall, you should instead take an inventory of what you expect your site to accomplish, what its goals are and then be the best within your niche.

The goal of your site should not be to unseat or replicate what someone else is doing, but rather, to do whatever it is you want to do better than anyone else. This requires shifting your mindset and asking yourself a series of questions and answering them honestly:

If you find that there is nothing unique about your site, that it offers nothing that can’t be trivially found elsewhere, you most likely need to make some revisions to it, even if you are currently the leader. Competition with compelling unique features and selling points will almost always chip away at a larger, non-original rival, even if it takes years and years.

Regardless, the focus of your site should not be competing with site X or Y, but rather, finding your own unique niche and dominating within it. Whether your niche is helping small content creators combat plagiarism and copyright infringement, such as with my main site, or running a forum dedicated to phpBB modifications, such as with one of Patrick’s communities, it’s more about seeing a need and filling it than dominating the competition.

The quicker you realize that, the better your site will be and the happier your readers will be with it.

Though competition is a fact of life and there always will be a competitive element to blogging, or any site development for that matter, competing needlessly or assuming you have to be the biggest player in the field to be a success not only adds additional drama but hurts the growth of your niche and can cause you to make bad decisions regarding your blog.

Playing second fiddle isn’t a bad thing so long as you’re offering something unique and creating an experience that can’t be obtained elsewhere. The only time you have to worry about competing is when there’s another site doing the exact same thing as you, with no means to really differentiate yourself.

To prove the point, just think of all the sites that you read every day, including how many are likely in the same niche, and realize that you rarely make a choice to read this site instead of that one, but rather, focus on adding new sites to your bookmarks that are intereseting and useful.

If you look at it that way, the urge to compete becomes a little less powerful. After all, there’s almost always more to be gained by working together than working against one another.