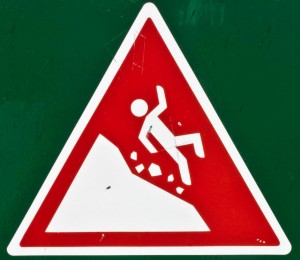 Everyone knows that you’re supposed to backup your data but how many of us actually do it and, of those who do, how many do it right?

The problem is that far too many bloggers ignore this very crucial security step. Whether it is putting too much trust in their host, not understanding how to backup properly or simply not wanting to put forth the effort, many simply don’t backup their sites and, sadly, often lose months or years worth of work when something goes wrong.

The worst part is that it is a pitfall that can be easily avoided and, thanks to various tools, can be completely mitigated either for free or at very low-cost.

In short, there is no excuse to not backup your site, but there is a lot of reason to worry if you don’t.

It is far too easy to forget about backups, until we need them. The dirty truth about technology is that things break and bad things happen. Though such occurrences are (usually) blessedly rare, the damage they can do can not be ignored.

Typically, there are three reasons for ignoring or performing inadequate backups of one’s site.

Unfortunately for bloggers all of these excuses are poor ones. Host backups are usually for restoring their machines in the face of a disaster and are not aimed at restoring individual accounts. If a hard drive dies they can restore their backups, if your account gets hacked or you break your site, they might not be able to. Also, often times, host backups get hosed at the same time the server does, especially when they are stored at the same physical location. Simply put, Web host backups are never enough by themselves.

Lack of understanding and laziness are not valid excuses either. Though it is easy to see why backing up may be confusing, it’s easier to understand how to backup and restore than it is to try to rebuild a site without one. The techniques and tools are much simpler when a proper backup exists. Likewise, the amount of energy and financial cost it takes to perform good backups pales in comparison to what it takes to rebuild without one.

In short, by not having backups, you aren’t saving time, money or headache, all you are doing is shifting those things to a later date, when you will have to pay it back at a very high rate of interest.

This happened to me once. I visited my Web site only to be greeted with a nasty server error. After nearly a day of tortured waiting, I found out that my server was completely hosed and the host’s backups had failed. My only option was to rebuild the server from the ground up.

Fortunately, I was in luck. I had just recently switched to the new host and my old site still had relatively up to date backups. I simply moved everything back to the old server, updated its database and pointed the domain there. Within a few hours, I was back online with minimal data loss.

However, if I hadn’t had that, I might have been in serious trouble. Though I had good database backups, but my backups of the images and other static files were not adequate. I would have been in a very bad place.

If good fortune had not smiled on me, at best I would have been staring at weeks worth of work rebuilding my site and, at worst, I would have lost many weeks, possibly months of data. Others, with even less robust backup plans, could have lost everything.

In my case, that would have included over three years of blogging, all wiped out in seconds by a hard drive failure at my host. I’m not sure my online presence would have ever recovered.

The way to avoid this pitfall is extremely simple, have good backups. Specifically, you need to back up two different things:

How often you should back up these elements depends on your site. If you have a very active blog, you should probably back it up daily. A less active one can probably be backed up weekly. In all cases you should have several iterations of your blog stored at any time to guard against bad backups or any corruption not being swiftly detected.

As far as how to do it, there are actually many different ways. If you’re more technical and want to do it yourself, Franky wrote an excellent guide on how to make database and file backups using cron jobs last year. However, for those who want an easier way and are willing to use a third-party service, there are two great options.

However, no matter what service you use or if you do it yourself, you need to make these backups and keep them in a safe place. Should something happen, you’ll be able to restore your site quickly and easily with a minimal amount of data loss.

It’s a small effort to make to protect all of the hard work you’ve put into your blog.

In the end, the important thing to remember is that technology is fallible. Hard drives fail, servers die, natural disasters happen and mistakes are made. Your data can be wiped out at any moment and, without a backup, you could find yourself losing a large portion of your work.

You have the choice of either spending a little time and energy on setting up a good backup plan now, or waiting until a disaster happens and spending many times that trying to recover.

You owe it to yourself, your readers and your blog to make sure your backups are solid and ready to roll when needed. Doing anything less is only an invitation for disaster to strike.